It’s that time of year when we look back and reflect on what we have achieved this year. Women in Science AUSTRALIA did just that in our first Annual General Meeting at the end of November.

As the founding co-Chairs of Women in Science AUSTRALIA, Michelle and I have had the privilege to both participate in and witness the formation of a highly respected national network of women in science, technology, engineering and mathematics (STEM), including health and medicine. Regardless of their profession, Women in STEM now have a way to connect with colleagues and contribute their ideas to help inform leaders in research, industry, education and government – the people who make the decisions that directly impact the future of Australian science.

This is immensely rewarding and we are struck by how far Women in Science AUSTRALIA has travelled in a relatively short time. It goes without saying the enthusiasm, energy, hard work and time of all executive members is recognised and greatly appreciated.

The rapid growth of interest in our Twitter communications via @WomenSciAust led to the establishment of Women in Science AUSTRALIA which formally incorporated on May 4 this year. The executive includes representatives from academic research, industry and education. We have elected officers and clear terms of reference, operational and communication guidelines in place. Women in Science AUSTRALIA liaises closely with the Learned Academies (the Academy of Science, the Academy of Technological Sciences and Engineering), universities and institutes, as well as industry to create a broad, professional network for women in STEM.

Women in Science AUSTRALIA aims to represent all women in STEM in Australia regardless of their discipline, expertise and professional sector. Membership is free! Our website features free registration, multiple resources and a blog – articles include personal opinion, perspectives, profiles and policy pieces. We have a significant social media presence and the executive are also active on social media.

Women in Science AUSTRALIA has extended its network, engaged with emerging researchers, young professionals as well as leaders from research, industry, education and government. Importantly, we have developed collaborative relationships with advocacy groups, professional networks and industry bodies across the STEM sector. We have delivered Women in STEM presentations at multiple institutes and universities, and presented at public and academic conferences. Excitingly, we have also engaged with the National Science Teachers Association to connect with both science teachers and girls in STEM. We are a recognised supporter of the Science in Australia Gender Equity (SAGE) initiative which launched at Parliament House in September this year.

In the course of our activities, we gather information and data through various sources such as engagement with various organisations directly, Workplace Gender Equality Agency reports, systematic review of the peer-reviewed literature as well as international benchmarking using OECD country reports. We have provided input into multiple policy submissions in collaboration with the Australian Science and Innovation Forum, BioMelbourne Network, the Early and Mid-Career Researcher Forum as well as several women in STEM networks.

Women in Science AUSTRALIA was involved in several key events during National Science Week 2015 and was an official parter of the inaugural Innovation Week 2015. Events included The League of Remarkable Women exhibition in the National Gallery of Australia that recognised 40 women in Australian science, including two members of the Women in Science AUSTRALIA executive and the Innovators of Influence list which recognises emerging innovators in STEM with a focus on translation to product, practice and/or policy. This list has a minimum 30% quota for women in STEM.

Last but not least, we must thank our sponsors. Women in Science AUSTRALIA has received generous support from several partner organisations but in particular our Platinum partner University of Technology Sydney and our Gold partner Monash University. Without this support we cannot do the things that we do – so thank you.

What will 2016 bring? Already we have several activities and events in the planning! We will celebrate women in STEM on International Women’s Day (March 8th) and on September 13th and 14th we will host our first national symposium in Melbourne – so save the dates!

The New Year promises to be another transformational year for women in STEM. Michelle, the executive and I all wish you and yours all the best for the season, whatever your reason. Happy New Year! 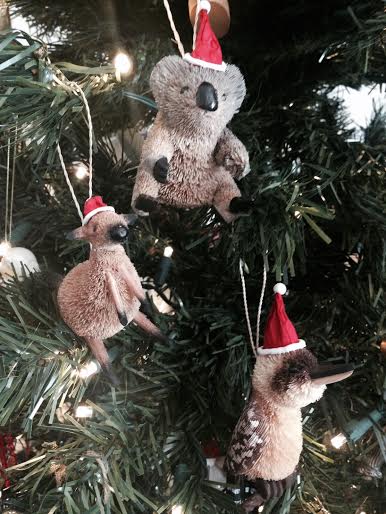