If you were watching the science special on QandA last Monday night, you will have heard, as one tweeter put it, the “best question ever”. It was a question by a young girl named Jacinta Rees. This week we welcome Jacinta to the Women in Science AUSTRALIA blog to tell us more about her fascination with turtles. 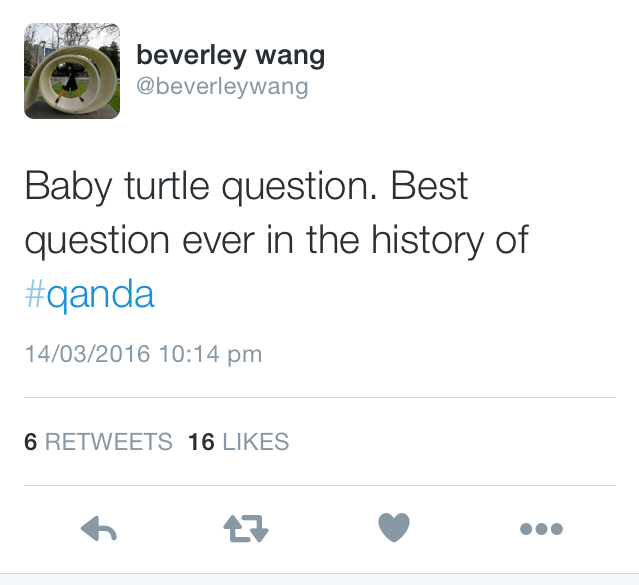 I’ve been interested in turtles since my sixth birthday when I was given two lovely newly hatched Murray River turtles. I had to have quite a bit of patience, as acquiring a reptile licence was a lengthy process. Finally, three weeks after my birthday my licence arrived! We headed to the turtle man and chose Murray and Mary, named after two river systems in Australia. They were both smaller than a 50c piece, and absolutely adorable. They required heated water, a UV light and a floating platform so that they could harden their shell under the UV light. It took some time to get the pH levels of the water correct, but eventually they evened out. Sadly Mary died at about 6 months, and we’re not sure why, however Murray continues to thrive now aged 4.

Then the year before last my family and I went on holiday to the amazing Heron Island in the lower Great Barrier Reef. It took us two whole days to drive up to Gladstone, QLD, and when we arrived it was discovered that a tropical cyclone had made it impossible to safely make the boat trip out to the island. Luckily it blew over a day later, and we were able to start our much anticipated holiday. Heron Island is a two hour boat trip from the mainland, and it was a bumpy ride!

On the first morning people were gathering on the pier, so we investigated and found that there were two gigantic green sea turtles cruising the reef. I waded down to them and one of them came right up and circled me. We snorkelled with a rare hawksbill turtle, and went down in a semi-submersible tour of the reef and we saw many turtles feeding amongst the brightly coloured parrotfish and coral. On another occasion we observed a whole lot of squid slowly changing their colours in what looked like a natural Mexican wave!

On the island there is also a Marine Biology Research Station, run by the University of Queensland. They run amazing ranger talks, and tours of their facilities. We had the opportunity to observe sea slugs and sea stars, and could even pick them up. While we were there, they were researching the effect of changing water quality on the reef. They had several large tanks, each replicating the reef with different water qualities; one from the past, one present, and one future prediction. This showed the deterioration of the amazing coral of the Great Barrier Reef, and made it clear to me that we really need to work to protect this environment. This visit to Heron Island sparked my interest in marine biology.

On our last night on the island, we were watching the moonrise when we spotted a seagull with a baby turtle in its mouth. We quickly realised that baby turtles were emerging from their sandy nest further up the beach. Seagulls were swooping above, and sharks were circling the reef. The little turtles didn’t stand much of a chance, but were waddling down as quickly as a baby turtle can, which is quite fast when they don’t get stuck in holes in the sand or rock. Where we could, we smoothed the sand in front of them to help them along.

We had been to a ranger talk about turtles, so we knew not to touch them, because they’re covered in a harmful bacteria. We also had learnt that we couldn’t get between the turtles and their predators, though it was perfectly acceptable to wave the circling seagulls away! Several turtles didn’t survive the short dash, but those that survived sped away as fast as their little flippers could go, when they hit the water.

We later discovered a second nest which had hatched and unfortunately headed towards the light of someone’s cabin. There were hundreds of hatchlings crawling over each other to get to the light. We had to help them along back to the sea. We found some buckets and scooped them up, and we even gathered them in our shirts, because even though to touch them was discouraged, it was essential to help them to safety.

I was fascinated and disturbed by how strongly they had reacted to a different light, as they normally use the light of the moon to guide themselves towards the sea, and to relative safety. It’s clear that humans have an enormous impact on these small turtles’ lives. I had read in a book about how sea turtles always nest in the same beach where they were born, and have been fascinated by why that might be. I hope to one day be able to go back to Heron Island and learn more about these amazing survivors, and how I can help them.

I was lucky enough to be able to go on QandA to ask Professor Emma Johnston about turtles and how they find their way back to their original beach. I was interested to learn that they use the magnetism of Earth to find their way around, and that some don’t make it back to the beaches because of the shifting core and magnetic South.

See Jacinta’s question and Professor Johnston’s answer here: “So how do baby turtles find their original beach where they were born, when their grown up?” 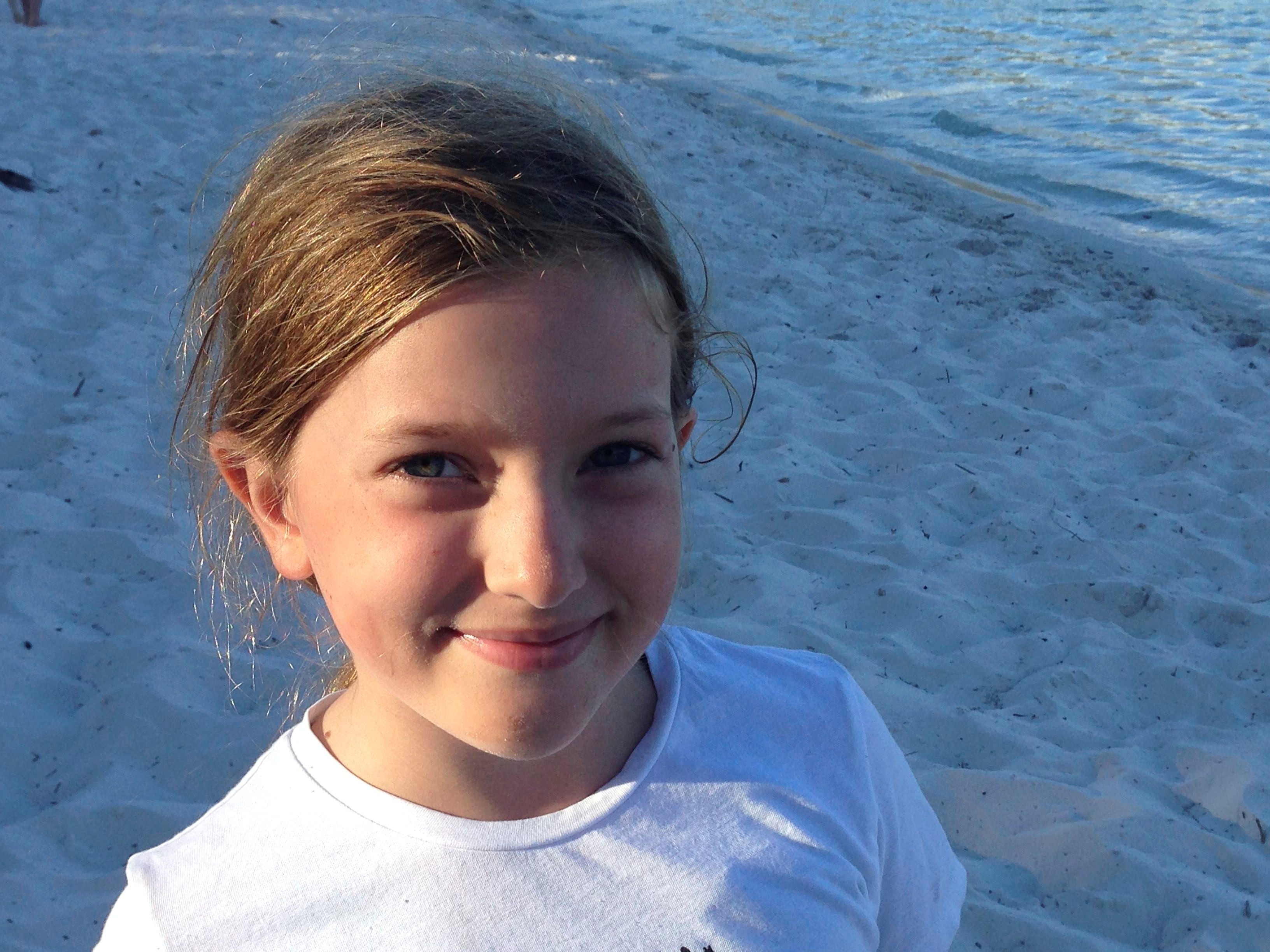 Jacinta Rees is 10 years old and is in Year 5 at a public school in Sydney. Her hobbies are music (plays cello and oboe and sings) and she loves maths and reading.

Declaration: Jacinta’s photographs and blog article were provided and posted online with written parental consent and we thank Jacinta and the Rees family for this excellent contribution. #GirlsinSTEMM