It is almost seventeen years since the first book on women in science in Australia was published. Called Profiles, it was published by the National Library of Australia as a book of national significance.

In his foreword, Professor Sir Gustav Nossal, the President of the Australian Academy of Science, wrote that the Academy is “delighted to see the publication of this series of essays on Australian women scientists. Indeed Australia is fortunate to have such a substantial number of superb women scientists in such a wide range of fields”. 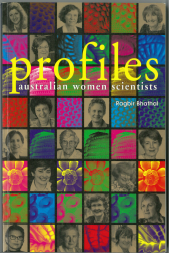 However, the doors to the scientific enterprise were not generally open to women in Australia for much of the nineteenth to the mid-twentieth centuries. The reason for their exclusion ranged from widely held beliefs that women had smaller brains, weaker minds and weaker constitutions and from a host of other social, political and religious taboos. Even Sydney University’s  Senate was not without prejudice. When Marion White, Sydney University’s third woman science graduate, applied for a job as a junior demonstrator in biology in 1897, the Senate rejected her application on the grounds that “she was a woman and too pretty”. It was felt that she would have a disruptive influence on the male students. It was not until 1908 that a woman was employed on the academic staff and then only as a junior demonstrator.

Many of the women scientists mentioned in this book were born before the end of the Second World War. They reached professional maturity in the 1970s as the women’s liberation movement gained momentum. For most of them their careers were too early to benefit significantly from the sex discrimination act and affirmative action. Rachel Makinson and Nancy Millis were born before the 1930s but the nature of discrimination against women affected them in different ways. Makinson who had studied physics under Nobel Prize winner Ernest Rutherford at Cambridge University suffered both personal and institutionalised discrimination. While Nancy Millis was unable to find a job in industry because she said, “I was a woman, and in those days there were no women on the technical staff”.

Jan Anderson, Adrienne Clarke and Suzanne Cory had different experiences. Anderson went to study at Nobel Prize winner, Melvin Calvin’s laboratory at the University of California, Berkeley and became an international authority on photosynthesis. Adrienne Clarke’s research into the molecular basis of self-incompatibility in the breeding cycles of plants was a ground breaking discovery. She was the first woman Chairperson of CSIRO. Suzanne Cory who had worked in Nobel Prize winner Francis Crick’s laboratory at Cambridge University returned to the Walter and Eliza Hall Institute of Medical Research. With her husband, she carried out research on immune responses which led to the cloning of the first mammalian genes in Australia. Harriet Zuckerman, the author of Scientific Elite: Nobel Laureates in the United States underlined the importance of working with well-known mentors for the ‘upwardly-mobile’ scientists. 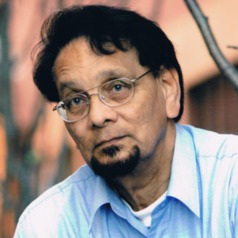 Dr Ragbir Bhathal was a Commonwealth Scholar and did his PhD at the Physics Department at the University of Queensland under the supervision of Professor Frank Stacey, a Fellow of the Australian Academy of Science.  He has published papers in Nature, New Scientist, Astronomy & Geophysics, Monthly Notices of the Royal Astronomical Society, The Astronomical Journal, Journal of Geophysical research  and several papers in international refereed journals. He has published fifteen books, six books on astronomy and two on Aboriginal astronomy. He wrote the first Australian edition of University Physics with Modern Physics with Hugh Young and Roger Freedman. His book ‘Frontiers in Astronomy’ was highly praised by the former President of the Australian Academy of Science, Professor Sir Gustav Nossal. His latest book with Ralph Sutherland and Harvey Butcher is Mount Stromlo: From Bush Observatory to the Nobel Prize. It was highly praised by Professor Bob Frater, a Fellow of the Australian Academy of Science. In reviewing the book he noted: “This book is a must read … The book has been meticulously researched and has the benefit of a number of personal interviews conducted with astronomers over the years by one of the authors, Ragbir Bhathal. It does great justice to the many people who contributed to the building of the observatory and its continuing contributions to science. The many cross-linkages with other optical and radioastronomy observatories in the broader Australian astronomy scene are well presented and allow the reader to understand the broader developments in this country”. Dr Bhathal was awarded the Bicentennial (1988) Royal Society of NSW Medal for services to science and research, the CJ Dennis Award for excellence in natural history writing and the prestigious Nancy Keesing Fellowship by the State Library of NSW. He has served as a UNESCO consultant on science policy for the ASEAN group of nations, as an Adviser to the Federal Minister for Science, was a member of the committee for the establishment of the National Science & Technology Centre (Questacon) in Canberra, and was the Project Director for the million dollar Sydney Observatory restoration building program. Dr Bhathal also designed and built the Campbelltown Rotary Onbservatory at the UWS Campbelltown Campus through raised by the Rotary Clubs of Campbelltown and Kosigaya (Japan) and the private sector. It is the only privately funded observbatory in any university in Australia. He was the Foundation Director of the Singapore Science Centre, one of the largest science centres in East Asia. He served as a member of the Board of Directors of the Association of Science and Technology Centres, Washington. In January 2009 he was invited by the International Astronomical Union and UNESCO to give a paper on “Improving the scientific literacy of Aboriginal students through astronomy” at the international astronomy conference held at the UNESCO Headquarters in Paris to commemorate the start of the worldwide International Year of Astronomy. He is in great demand for giving public lectures both in Australia and overseas. His astronomy work on OSETI was featured in the international magazine, Forbes which has a circulation of over 1 million copies worldwide.