On September 8th 1944, the Australian radio astronomer Ruby Payne-Scott committed a workplace transgression that would ultimately cost her both her job and her career. She got married.

Payne-Scott was born on 28 May 1912 in Grafton, New South Wales and moved to Sydney in the early 1920s to attend the Cleveland Street School. She obtained a leaving certificate from Sydney Girl’s High School in 1928, commenced at Sydney University at the age of 16 and graduated in 1933 with first class honours in physics and maths. Her MSc in 1936 was in physics, having worked on a medical physics project at the Cancer Research Institute at Sydney University. From 1936 to 1938, she was a physicist at the Cancer Research Institute.

In August 1941, Payne-Scott was appointed as a research scientist at the newly established CSIR (later to be CSIRO) Division of Radiophysics. She spent the first years doing basic radio engineering, designing and constructing test equipment for new radar systems. Towards the end of the war, she and a number of colleagues designed and tested a prototype high frequency radar. This sophisticated design represented the major technological achievement of the Radiophysics Laboratory during the war. Payne-Scott constructed and tested and later provided the theoretical understanding for the Plan Position Indicator used in this advanced radar system. The theory developed by her remained the definitive work for some years after publication in a US journal after the war. Payne-Scott had a remarkable career at the CSIRO Division of Radiophysics as a radio astronomer where she went on to make significant contributions to solar radio astronomy (solar bursts), and the first-ever radio astronomical interferometer.

A talented mathematician and physicist, Ruby Payne-Scott was a true pioneer as Australia’s first female radio astronomer. However, her marriage to William Hall in 1944 was a career limiting event. At that time, women employed in the Australian public service (APS) were faced with a choice that is difficult to grasp today. The “marriage bar” clauses in the Public Service Act prevented married women from being permanent employees in the APS or in State public services outside of NSW. Newlywed women were faced with the choice of either resigning their positions or attempting to conceal their marital status. In fact, until November 1966, the “marriage bar” restriction meant that married women could at best be employed as temporary staff, which restricted their promotion opportunities, denied them an opportunity to accumulate superannuation, and meant that they were the first to be targeted for redundancies.

Payne-Scott did not keep her marriage secret from her close colleagues, and the CSIRO Division of Radiophysics administration turned a blind eye for some years. However, in 1950 the CSIRO head office discovered that she was married, which led to administrative conflict right up to and including the then CSIRO Chairman, Clunies Ross. On 20 February 1950, Payne-Scott wrote to Clunies Ross:

“Thanks for your inquiries on my behalf, but when I spoke to you about my marriage I was in effect asking you whether the Executive realises that the customary demoting of women officers on their marriage to the status of ‘temporaries’ does not appear to be required in the Act and whether the Executive agrees with the procedure or not. … All the married women research officers I have met feel that their classification as ‘temporary’ puts them at a considerable psychological disadvantage in their work. … Personally I feel no legal or moral obligation to have taken any other action than I have in making my marriage known…..

I told you my story not in order to implicate you in anyway but to demonstrate that the present procedure is ridiculous and can lead to ridiculous results.”

“…I think the simplest way of regularizing the whole affair would be for you to tell us the date of your marriage. We will look into the matter and tell you what should be done in your own and our best interest.”

The result of “looking into the matter” was that Payne-Scott was reduced to a temporary employee status, her provident fund contributions were returned with the loss of the CSIRO contributions, and she lost all pension rights for the future. A year later Payne-Scott resigned her position as she was pregnant, and of course there was no option for maternity leave. She had two children (Professor Peter G. Hall, AO FAA and FRS was born 20 November 1951, eminent mathematician at the University of Melbourne; and Fiona M. Hall, AO, was born 16 November 1953, an accomplished artistic photographer and sculptor). Payne-Scott returned to teaching in 1963 at Danebank Anglican School for Girls in Hurstville, retired in 1974 and passed away on 25 May 1981 at the age of 68.

In a regrettably truncated career, Ruby Payne-Scott played a pivotal role in the rapid growth of radio astronomy following World War II. But she was also a pioneer and powerful female role model in an almost universally male-dominated environment.

In an oddly satisfying footnote to this story, CSIRO introduced the ‘Ruby Payne-Scott Award’ in 2008. The award is a career development award aimed at assisting staff returning from extended leave, enabling them to re-engage with their field of work, re-establish professional networks and develop their professional skills. The Ruby Payne-Scott Award is available to staff returning to work after a minimum of eighteen continuous weeks of leave for parenting, family duties, sick or carer’s leave, or for other special circumstances. There is no limit on the number of awards in any year (the award is not competitive) and the funding is available for travel (including family), courses, conferences and networking events, professional development and any purpose to assist the awardee to integrate back into their professional networks following an absence. One hopes that Ruby Payne-Scott would have approved. 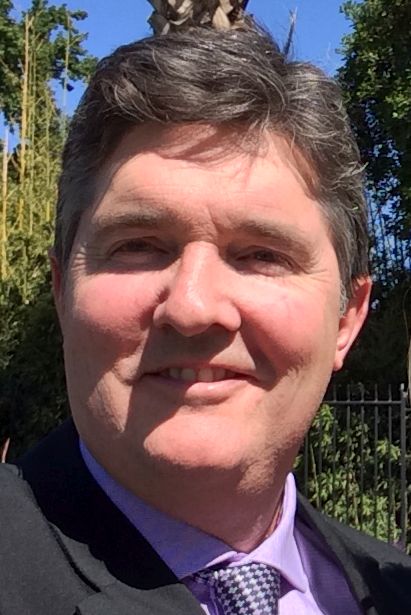 Dr Paul Savage is the Research Director of the Biomedical Manufacturing Program which aims to work collaboratively with existing companies in the Australian biomedical industry to develop new products and processes, while also improving productivity and efficiency, thereby leading to growth, global competitiveness and economic and environmental benefits; and ultimately creating investment and economic opportunities. Following a postdoctoral fellowship at the University of Florida, USA, Dr Savage joined CSIRO in the Division of Chemicals & Polymers working on the Dunlena Project, a joint venture between CSIRO and DuPont. He was subsequently appointed: Research Scientist, 1991; Senior Research Scientist, 1994; Project Leader of the Crop Protection Chemicals Project, 1997-99; Director of Dunlena Pty Ltd; Program Leader of the Molecular Engineering Program at CSIRO Molecular Science, 2000; Theme Leader, Australian Biotechnology Growth Partnerships, 2005; and Research Director of Biomedical Manufacturing in 2014. Dr Savage has a BSc (Hons) and PhD (synthetic heterocyclic chemistry) from the University of Queensland; and an MBA (Technology Management) from the Chifley Business School, La Trobe University. He is also a Fellow of the Royal Australian Chemical Institute, a graduate and Fellow of the Australian Institute of Company Directors, a member of the American Chemical Society, the former Editor-in-Chief of Chemistry in Australia and a former Member of the Victorian Biotechnology Advisory Council.