We have been thrilled to welcome WiSEnet to our network and outgoing WiSEnet National Convenor Dr Diane Webster was invited to serve with Women in STEMM Australia’s Board of Directors, and did so until the end of 2016, when past WiSEnet member, Associate Professor Sally Male joined. Sally continues to serve on our Board of Directors today.

It has been an honour and a privilege to work with this dynamic group of professionals and in honour of the tremendously inspiring women in STEMM who came before us, we used the WiSEnet funds to sponsor the Australian Academy of Science’s In Her Own Words project during National Science Week in 2016.

Below, are some key reflections of a long-standing WiSEnet member Kathleen Lamoureux.

The Women in Science Enquiry Network (WiSEnet) merged with Women in STEMM Australia in 2016, and this has offered a valuable opportunity to pause and reflect on its various past achievements. The impact of mentoring, the value of support networks and the legacy of publications and public lectures are all significant markers of the impact that WiSEnet had over the decades.

In the early 1980’s, there was a brief notice that appeared in a local Sydney publication noting that a group was being formed to support women in science and I attended. From that first meeting onwards, I became a staunch supporter of WiSEnet.

Within months of its beginnings, a steady stalwart group of individuals began meeting at the University of Sydney under the guiding hand of Professor Diana Temple. It was a motley set of people whose interests, backgrounds, positions and ages varied greatly. The glue that kept them together was a deep and abiding interest in science and the imperative for the involvement of women in all its dimensions.

WiSEnet allowed people to meet without the strictures of hierarchy. There was a consensus about using the time to converse, listen and share. Titles were not obtrusive and positions did not dictate authority. Professor Temple modelled this template with great skill and personal modesty.

As the organisation expanded nationally, a consensus formed that a National Journal would enhance the work of WiSEnet and that responsibility for this would be shared via state based link teams.

As a Sydney based member, I attended Journal meetings in a variety of locations, ranging from the Pharmacology Department at the University of Sydney, to meeting rooms at the Australian Museum, to the homes of various members. There were some very late evenings as we scrambled to edit material and meet printer deadlines. When the journals arrived, there was a mass mailout meeting as we rushed to meet post office requirements for bulk posting. This was done as we each balanced work and home commitments which competed for precious time. As the responsibility for the journal switched to other states, the same demands were apparent. Yet, such was the dedication of members, the journal was produced, come rain or shine, once again demonstrating the perseverance and resilience of the journal committee.

There are tangible ways to measure WiSEnet: through membership numbers, journals produced, lectures given, scholarships awarded and bank account balances. Equally, there are less tangible measurements:  forging networks, mentoring scientists, influencing policy makers, and making women (and their achievements) visible in science. It is the intangibles that form the essential core of what WiSEnet has achieved.

In the 1990’s, there was an initiative by the Australian Science Teachers Association to develop a national Women and Girls Science Policy. This was driven by an active WiSEnet member, Kathy Armstrong, who gained valuable personal and professional support for this measure from fellow WiSEnet members. This policy demonstrates the power of networking and is but one example of the intangible influence of WiSEnet. Others include WiSEnet members appearing before federal and state government bodies and influencing science agendas and policy.

Diana Temple encouraged one WiSEnet member, a young scientist, to take a lecturing position at Sydney University. The woman, Dr Cathy Foley, declined the position and pursued other avenues. Dr Foley, now a prominent, highly respected international scientist and policy maker, is a fine example of those who made up the membership in its early days and she reflects the objectives in her work as she visits schools and encourages young women to become involved in science.  A May 29, 2015 article by Nicky Phillips in the Sydney Morning Herald, headlined “Australian physicist Cathy Foley only fifth woman to win prestigious innovation award”, noted that Dr Foley was only the fifth woman, out of 142 awards, to win the prestigious Clunies Ross award for innovation and commercialisation, given by the Australian Academy of Technology and Engineering.

“When I think of WiSEnet, I remember the diversity, challenge, encouragement, wisdom, networking and support as central elements that came with membership”

In 1983, WiSEnet stated that one of its key objectives was “to provide comment and to examine the education, training and employment structures which currently restrict women’s opportunities in the sciences”. In 2015, Dr Foley was still repeating this mantra and indicating that Australia would miss out if it didn’t better utilise its talented women. Dr Foley continued to echo the objectives of WiSEnet when she noted “…young women needed to be encouraged to study science, especially physics, IT and engineering…”, and so say all of us.

WiSEnet members have continued to exert their influence in diverse ways: through mentoring, through membership on committees, through research and innovation, through policy implementation and through their leadership roles. Professor Diana Temple exemplified this throughout her life and it is a fitting legacy that an annual Diana Temple Memorial Lecture is held to honour her memory and her advocacy for the role of women in science. It is a valued recognition of her work and, equally, a means of profiling the achievements of women in science for the visibility of women in science matters. 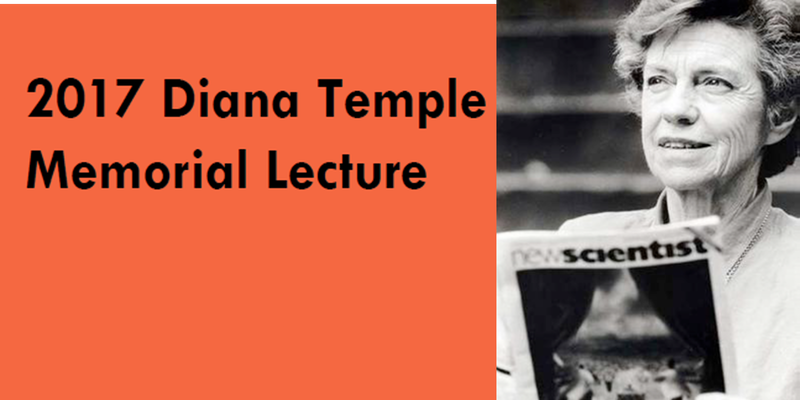 As people took promotions, moved elsewhere, retired, changed professions and managed their work and personal life commitments, membership numbers changed. As technology changed so, too, did the ways that people keep informed. The digital age had arrived and new forms of social media allowed for rapid and convenient information interchange and networking.

There comes a time when change is necessary and that time came for WiSEnet in 2016. Its objectives have come to be echoed by others and, in particular, by Women in STEMM Australia. Thus, while WiSEnet has now merged, it will not be forgotten. It will continue in the dreams that were kindled in young girls who are now scientists. It will continue in the networks formed by female scientists engaged in research, teaching, policy making and leadership. It will continue in the enriching conversation in supportive environments that were once modelled by Professor Temple. It will continue throughout this country in the ongoing discussion it must have about the role of women in science, technology, engineering, mathematics and now medicine (STEMM). WiSEnet has bequeathed a wonderfully rich legacy to Women in STEMM Australia.

If you identify as a women in STEMM or you are a champion of change, you can join Women in STEMM Australia here (free registration). All women in STEMM are invited to join, regardless of their qualification(s) or professional role. Join us!