– connecting women in STEMM Down Under

May 12th this year is the inaugural International Women in Mathematics Day, and it honours the birthday of Professor Maryam Mirzakhani, the first woman to win the prestigious Fields Medal in Mathematics. Today’s blog celebrates this day and it is written by Professor of Mathematics, Jacqui Ramagge, who is also Head of the School of Mathematics and Statistics at The University of Sydney and is edited by Guest Editor Anthea Batsakis.

To math or not to maths? That is the question.

Think of all those times you’ve walked into primary classrooms to find the walls lined with artwork. Some are great, some could do with more practice and, in any case, the teacher is signalling that every effort is valued and worthy by displaying them all.

But how many times have you seen maths proudly displayed?

Why don’t we display calculations – in colours if you like – or showcase geometric investigations?  Schools need to better flag that maths and statistics are important and can be studied by all. It’s a social and cultural thing – particularly for girls, who receive so many signals that maths is not for everyone, and especially not for them.

This culture that discourages girls from STEM is changing slowly, but the world is changing at a greater pace.

I don’t know what the future holds, but I do know that it will involve a lot more maths and stats. Every time you touch your smartphone, for instance, maths and stats are working hard for you. From the engineering enabling us to build smartphones in the first place, to the algorithms that a search engine uses to efficiently find answers for you, or to decide if you’d like to see a picture of a cat in your social media feed, maths is all around us.

And it’s not just a matter of convenience – the mathematical sciences are there for you when you’re sick, from modelling diseases, experimental design in the early stages of drug development, and all the way to the calculation of dosages.

We could argue that so long as someone knows how to do all these things, then it doesn’t matter that most of us don’t, and we’ll be fine. But there’s one big problem with this approach.

Our analysis of student performance data at the University of Sydney revealed that students who had studied HSC General Mathematics, which doesn’t involve calculus, were twice as likely to fail first-year chemistry than those who studied calculus-based HSC Mathematics. A similar observation is true of first-year biology and other units.

With increasing numbers of students taking HSC General Mathematics, we introduced a summer bridging course and a semester-long remedial unit. But these measures simply cannot replace a two-year introduction to calculus at high school.

For this reason, as of 2019, degrees at the University of Sydney including Science, Commerce, Economics, Pharmacy, and Veterinary Science will have a prerequisite of a minimum performance in HSC Mathematics (Band 4). You can visit the website to see a full list.

It’s also a prerequisite for Engineering and Mathematics, but people already understand the need for this. More than 95 per cent of high-school students studying Engineering studied HSC Mathematics Extension 1 or 2 – and more than 80 per cent of them are male.

These new maths prerequisites are not there to convince the maths, physics and engineering students to pursue maths in high-school; but to get students who are interested in the life sciences and economics to take higher levels of mathematics at school.

So, why do we need prerequisites? Unfortunately, encouraging students to take higher levels of mathematics at school isn’t as easy as just explaining its wide-ranging usefulness and impact on success at university.

For one thing, as a society we have this strange notion that maths requires talent, that you’re either born a “maths person” or you’re not, and that nothing can change that.

It helps if you start early, but what they both predominantly require is consistent work. You can’t expect to miss a couple of weeks and then slot back effortlessly into class because maths builds on all previous work.

So it is really important that you catch up on missed work. Success in maths depends on many things, but the two most important are resilience and a growth mindset.

Then there is the added complication of widespread misconceptions and perverse incentives. This is closely related to the main mechanism for university admissions in Australia – the ATAR score – and our obsession with rankings.

The ATARs of all the students in the state used to be published in newspapers. After a particularly nasty piece of reporting on school ATARs in 1997, the NSW government made it illegal to disclose a person’s ATAR to a third party.

Undeterred, newspapers now rank schools directly on their HSC results on the basis of the number of top-scoring (Band 6) results the students get.

So, a student with a Band 5 in HSC Mathematics may be streets ahead of a student with Band 6 in HSC General Mathematics at university, but only the Band 6 counts towards the high-school ranking. This means schools have a conflict of interest: Should they work in the best interests of the student, or maximise the ranking of the school?

Sadly, I know Principals who opt for the latter.

And when I ask schools why they continue to advise students to take lower levels of maths, I am told that a student will receive a higher ATAR by more easily getting a higher score in HSC General Mathematics, rather than in HSC Mathematics.

But this is not true.

It is hard to prove either way because we can’t run a controlled experiment; however, analysis by the Universities Admission Centre (who run the ATAR) indicates that, in fact, a student’s ATAR benefits from taking higher levels of mathematics.

So for students still deciding on their HSC choices, the message is simple: If you want to maximise your chances of success at university in STEMM disciplines, Commerce, or Economics, then take at least HSC Mathematics Advanced. If you think you might want to do Engineering, Maths, or Physics at university, then take at least HSC Mathematics Extension 1 and preferably Extension 2.

Don’t mortgage your future. It’s much easier to keep up than to catch up, so if in doubt take the higher course and drop down if you need to. 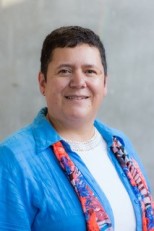 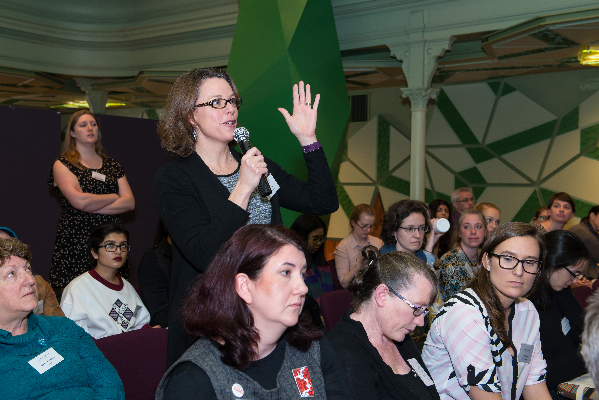